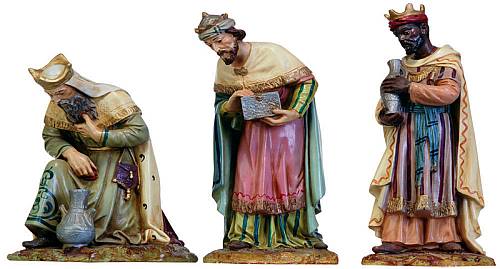 Epiphany, like other potentially unknown holidays in the Christian tradition, is understood best by seeing what it meant to early Christians and learning why they began celebrating in the first place. Remember that the early church believed the birth, ministry, death, resurrection, and ascension of Jesus was so life-changing that they thought they should re-orient their lives to reflect their new identity – even the way they experienced time. Because of this strong belief and their commitment to the Gospel of Christ, they developed the cycles of the Christian Year.

Unlike the common calendar that follows astronomical time, the Christian Year does not begin on January 1st, it begins on the first Sunday of Advent. This is usually the Sunday after our American Thanksgiving. Since we just experienced Advent and Christmas, let’s skip ahead to Epiphany. Epiphany begins after the twelve days of Christmastide (Yes, there are actually twelve days of Christmas) and extends to the Feast of the Presentation or Candlemas. If you want to know more about this interesting memorial, see my article, Keep the Groundhog in His Shadow. Epiphany was the very first annual celebration of the early Christian church apart from Pascha (Easter). Merriam-Webster defines Epiphany as a sudden manifestation/perception of the essential nature or meaning of something. Epiphany began as the memorial of Jesus’ baptism in the Jordan River by John the Baptist and the official beginning of His public ministry. Christ’s immersion in the waters of the Jordan River was followed by the Holy Spirit landing on His shoulder in the form of a dove. Then a voice from heaven was heard proclaiming, “this is my beloved Son, in whom I am well pleased” (Matthew 3:17). These events gave the sudden understanding or epiphany that Jesus Christ was God’s Son.

Church Father, Clement of Alexandria reported (170-200 AD) that the celebration of Jesus’ baptism was held by believers on January 6th (Talley, 121). “The earliest narrative for the solemnity of Epiphany, the baptism of Jesus himself in the Jordan River, remembered and celebrated the medium of Christian social transformation – that is the waters of baptism. By that event, the waters of the Jordan River were sanctified by the touch of God’s Son, and by them, in turn, all the waters of the world were sanctified for baptisms in ages and places far from the Palestinian waters of Jesus’ baptism. Those waters are the medium of sanctification because they bring people into a new society, that of the Kingdom of God” (Connell, 191).

Then Jesus told his disciples, “If anyone would come after me, let him deny himself and take up his cross and follow me.” – Matthew 16:24 (ESV)

This original understanding of Epiphany is still maintained by Orthodox Christians. One of their most interesting traditions associated with Epiphany is the blessing of the waters and diving for the cross. The largest of these celebrations takes place each year at St. Nicholas Greek Orthodox Cathedral in Tarpon Springs, Florida. Sixty or so young men from the ages of 16 and 18 participate in the church’s 110 year-old tradition. The morning begins with a worship service and then the boys’ process bare-footed two blocks from the cathedral to the water followed by thousands of other worshipers and on-lookers. Following the release of doves and a special blessing, the Archbishop tosses a small white cross into the chilly waters of the Spring Bayou and the divers leap in, striving to reach the cross. The one who reaches the cross first is then carried on the shoulders of the other young men back to the cathedral where he receives a special blessing from the Archbishop. The dive is more than a fun and competitive event. It is meant to recall Jesus’ baptism in the Jordan River and an important part of the young men’s formation as disciples of Christ and faithful Christians (Demorris Lee, blog article from January 2, 2012). 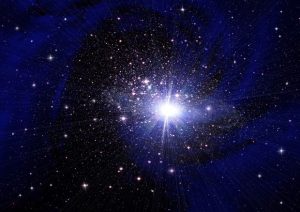 A few centuries later, Western Christians began to also associate Epiphany with the arrival of the Magi or Wise Men and their search for the infant Christ.

Arise, shine, for your light has come, and the glory of the Lord has risen upon you.

For behold, darkness shall cover the earth, and thick darkness the peoples;

But the Lord will arise upon you, and his glory will be seen upon you,

And nations shall come to your light, and kings to the brightness of your rising. -Isaiah 60:1-3 (ESV)

Popular expression of the story of the Magi involve three wise men, traditionally known as Caspar (who brought the gift of gold), Melchior (bringing frankincense), and Balthazar (bringing myrrh). Most scholars believe there may have been more than three, but the tradition grew out of the three gifts mentioned in scripture. It is worth noting that scripture gives testimony that they arrived sometime after Jesus’ birth. Matthew 2:11 reports that instead of finding the child in a manger, “And going into the house they saw the child with Mary his mother, and they fell down and worshiped him.” The story of the Wise Men teaches believers that Christ has been manifested as the Savior, not just for the Jews or a select group of people, but for the entire world.

Why does it matter?

Through both stories of Epiphany, we are brought to understand God’s greatness and the manifestation of divinity among us (Chittister, 80-81). Epiphany is more than a story about Jesus’ baptism. It is more than a story about three Wise Men. We do not need to pretend that the baby Jesus is born again every year. The coming of the Magi and the Baptism of Jesus help us to identify exactly who was born in Bethlehem and “help us to move beyond this ‘cute baby’ concept that keeps so many from realizing the deep meaning of the incarnation or prevent us from appreciating the great exchange between God and man” (Stookey, 112). Christmas and Epiphany can actually be seen as two aspects of the same holiday. This one holiday pushes believers to see Christ manifested in the flesh and as the true Son of God. Epiphany is about how Christ’s manifestation is extended in us (Webber, p. 77). Think about these questions as you ponder Epiphany in your own life:

Lee, Demorris A. “Diving for the cross.” Faith & Leadership: A learning resource for Christian leaders and
their institutions form Leadership Education at Duke Divinity. January 2, 2012.