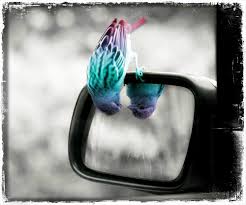 The Book of Acts is an engaging narrative and certainly necessary for understanding the impact of the gospel. Among the more important lessons from this record is that the work of God’s Holy Spirit in and among Christians will highlight the differences between God’s people and the rest of the world, not diminish those differences.

The first nine verses of chapter 17 indicate Paul and Silas arrived in Thessalonica where Paul contended with the Jews in the synagogue for three Sabbaths. A number of Jews and Greeks became followers of Christ.

Some Jews, however, were not so amenable to the gospel. They gathered a mob, created a commotion, and hauled Jason and some believers before the local authorities. Apparently Jason provided lodging for the two preachers.

The charge leveled against Paul, Silas, and the others? “These people who have been turning the world upside down have come here also…” (v. 6, NRSV). Further, “They are all acting contrary to the decrees of the emperor, saying there is another king named Jesus” (v. 7).

Under Roman rule the phrase “turning the world upside down” was useful for identifying persons who were acting treasonously. The purpose of the gospel of Jesus, however, was not to depose emperors—at least not in the way this rowdy crowd suggested to the local authorities.

Isn’t it just like the world to think that Jesus and Jesus’ followers are “upsetting the apple cart” as it were? It’s the world’s nature to defend its own status quo. Self-preservation is the name of that game. Truth be told, however, it’s actually the world as we know it in the shadow of the Fall that is already upside down.

Jesus has never turned the world upside down— not then, not now, not ever. Instead, God was incarnate in Jesus Christ in order to turn things right-side up.

The gospel tells us about a complete redemption of the whole cosmos; not merely a better version of what has been for so long, but the way things are supposed to be. The revelation to John about a new heaven and new earth reads like a re-establishment of Eden (Rev 21). The “right-side upping” of the whole creation through Christ creates the context within which God will make all things new.

Paul and Silas’ proclamation of the kingship of Christ likely constituted civil disobedience. Yet their greater commitment was obedience to God and the message of God’s Messiah. If anything, Paul’s concern for Roman rulers was more for their conversion to the faith (read of his encounter with King Agrippa in Acts 26). The fact that some in the broader culture perceived Paul’s preaching about Christ as a threat to Caesar is merely a collateral repercussion, not an intentional aspiration for dethroning the emperor.

The right-side up gospel of God’s kingdom—and those proclaiming that gospel—will always be in conflict with the world’s thinking, values, and behaviors. The world’s defense of itself will always be upside down, appealing to some temporal principle or ideology, rarely if ever to anything bearing the weight of eternal truth.

For the moment, suppose Paul and Silas were found at Jason’s house and brought before the authorities. Paul might have responded to such allegations by saying, “If those are the charges, I’m guilty!” He would then give a vigorous and articulate declaration of Jesus Christ as the promised Messiah and resurrected Lord, the Son of most high God in the royal lineage of David.

An odd twist in this narrative is that the crowd’s indictment actually proclaims a truth at the heart of the gospel: that Christ is indeed the Sovereign of a new kingdom. Sometimes the world speaks right-side up truth in spite of itself. It is a sign of the gospel’s influence when the world is critical of Jesus’ followers by accusing them of doing and saying precisely what God has called them to do and say.

As Jesus’ followers now in the 21st century, it is incumbent upon us to be “guilty” of the same “offense” as Paul and Silas. The message we are called to proclaim is likely to be perceived as disruptive and even subversive by an upside down world because that is precisely what it is—the good news of the right-side up Kingdom of God.

Rob Hewell is Director of the Worship Studies Program and Chair of the Department of Worship Arts at Ouachita Baptist University (OBU), and is a member of OBU’s Christian Studies and Fine Arts/Music faculties. Rob’s book "Worship Beyond Nationalism: Practicing the Reign of God" was published by Wipf & Stock (2012). His research and writing interests are primarily focused on the faithfulness of the church’s worship and its witness in the world. He is also a long-time contributor to various periodicals, with more than eighty articles and book reviews in publication.
View all posts by Rob Hewell →