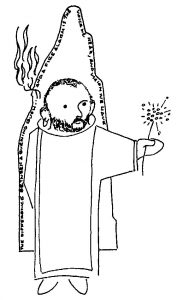 The Imitation of Christ, purportedly written and/or compiled by Thomas á Kempis, is one the most beloved and important books within the Christian corpus. It has been said that, until relatively recently, it outsold every other book except the Bible. Although this has now changed, the text is a treasure trove of Christian philosophy and living that is appreciated by every major Christian tradition– including the Coptic Orthodox Church.

The first copy I ever saw was a 1954 edition, published by the Confraternity of the Precious Blood, that my mother had when I was a child. As I could not read at the time, I remember paging through the text and being deeply moved by the images which accompanied this particular publication. These images changed my life. Later, when I eventually learned how to read, the words shaped and changed who I was and how I thought. Apart from the Bible and my Prayer Book, The Imitation of Christ has been my constant companion for almost forty years.

Several months ago, I was impressed by these words from the twelfth chapter of the first book of á Kempis’ four-part collection:

“In the cross is salvation

In the cross is life

In the cross is protection

In the cross is infusion of heavenly sweetness

In the cross is strength of mind

In the cross is joy of spirit

In the cross is the height of virtue

In the cross is the perfection of sanctity.”

These words, albeit modestly abridged from the Challoner edition (Tan Books), began to stir within my heart and imagination. Within a short time, I began producing images related to the quotation.

What you now have before you (below) is a selection of these images– and a bit more. I hope that you will enjoy looking at them as much as I have enjoyed creating them–  and this with the equal (if not greater) hope that you, too, will adopt á Kempis’ classic text and apply it. 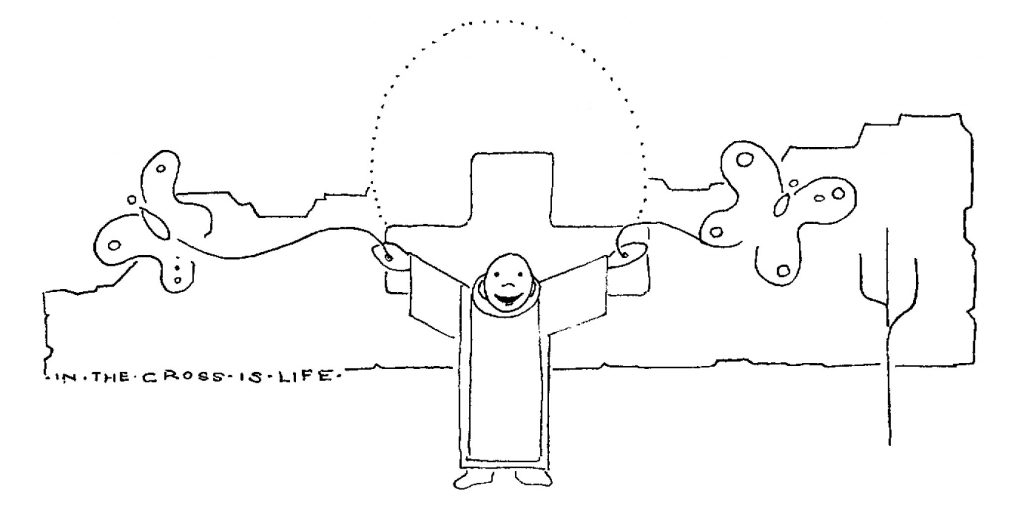 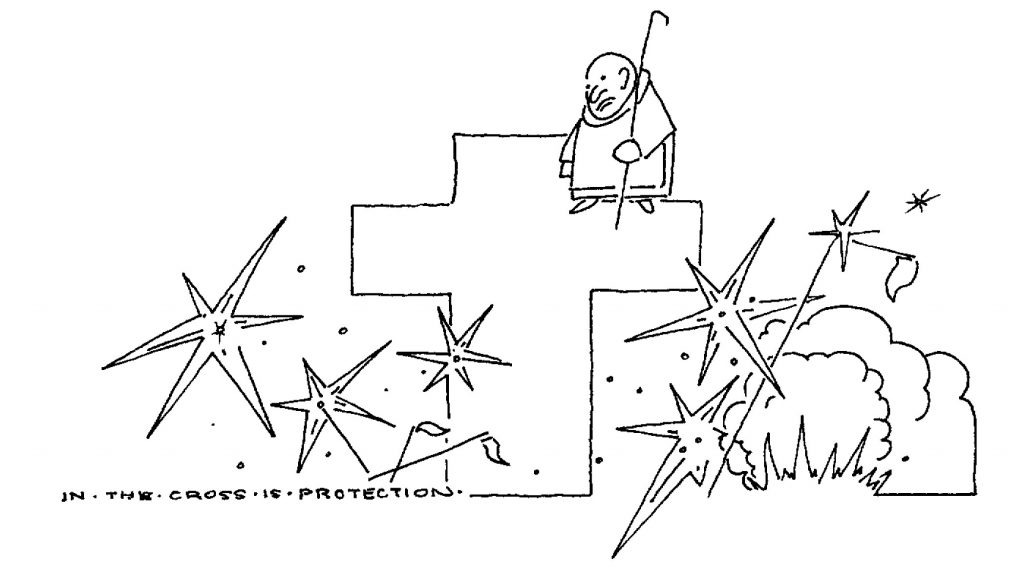 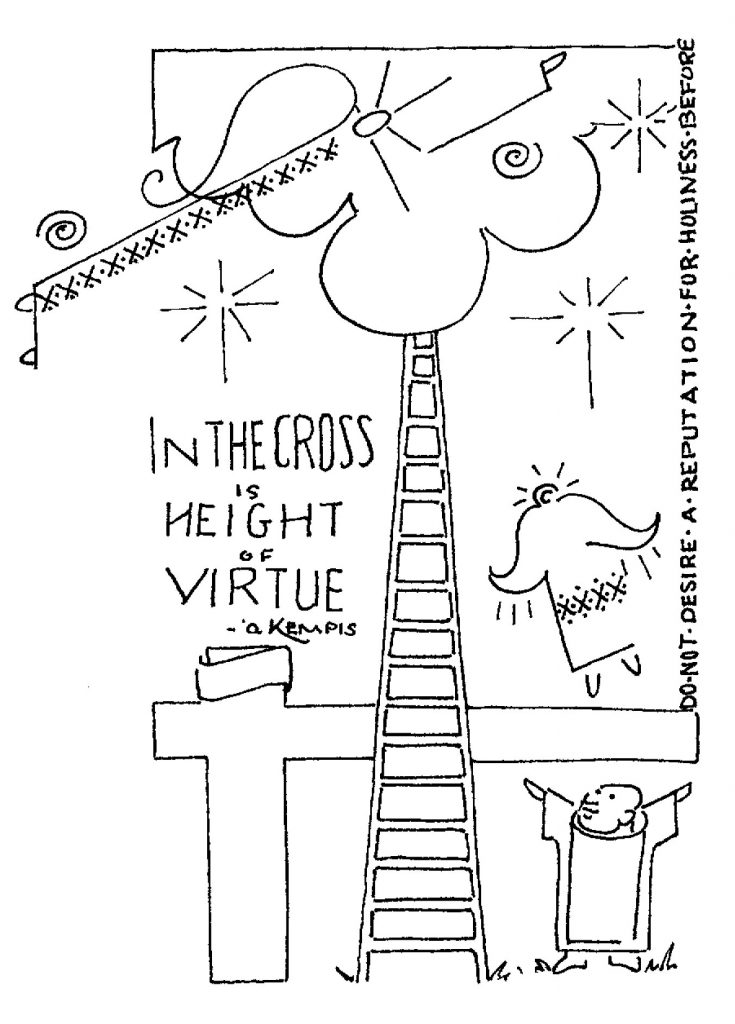 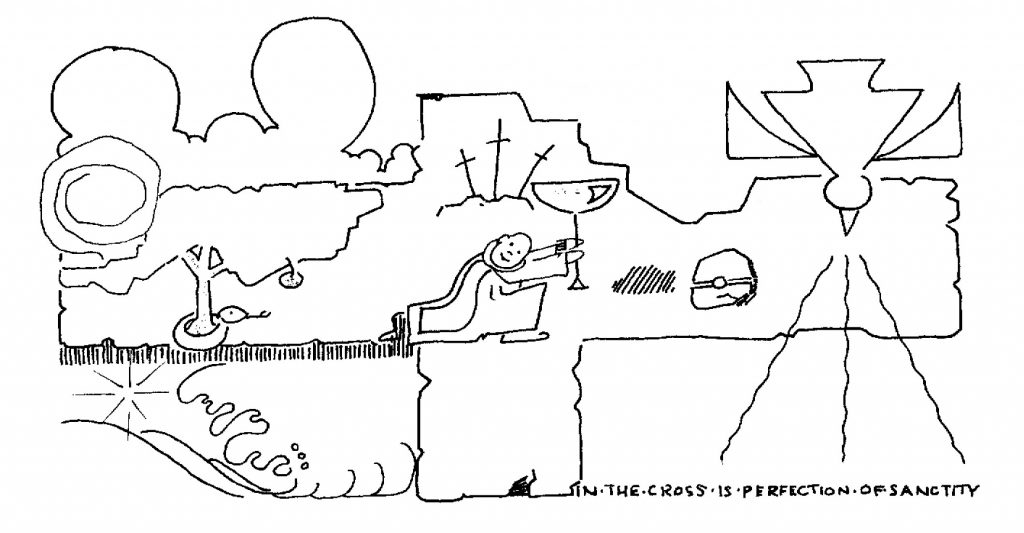 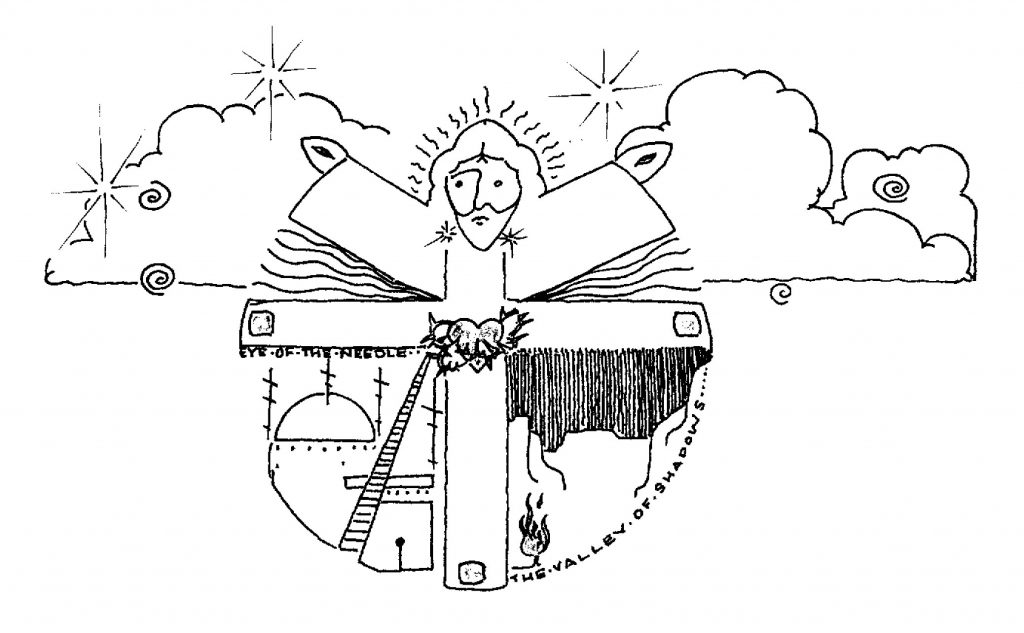 60 Seconds with Robert Webber: Inquiry of the Seeker
Dr. Lou Kaloger: The Story of Scripture and the Art and Architecture of the Church