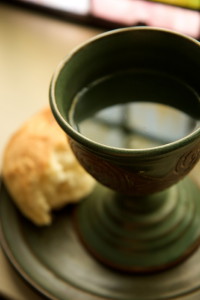 Everything we value we view with purpose and intentionality. Normally-occurring changes happen in everyone’s lives. These changes often challenge our habits and the things we treasure. Depending on how clearly we understand the meaning of the values we place on people, things and habits, these will either survive the changes or be left behind to make way for the new. There was a time in my life that I was sick and tired of being heavy…chubby…fat. I had battled poor fitness my whole life. Now, as the sun was about to set on my 20’s, I embarked on a fitness and diet routine that helped me to become stronger and slimmer than I had ever been. This new reality was made possible by routines of regular and frequent exercise along with habitual and constant positive eating habits. My daily and weekly schedule reflected my values with purpose and intentionality. Three years later we moved. Along with a new job came new responsibilities, new priorities and new stresses. My new schedule seemed to leave no time for exercise, especially habitual exercise. There was also the strong compulsion to salve my stresses through comfort eating. What happened to my habits? My values changed. Taking care of my new responsibilities meant more to me than taking care of my body.

My story makes the point that the value we place on something is based on its meaning. We will craft our daily and weekly schedule to accommodate the things we treasure. However, when change comes into our lives, we will be tempted to surrender the things value, trading them for something that seems more necessary– more meaningful.

Jesus was eating the Passover meal with his disciples. While sharing this holy observance, he gave it a new meaning and told us to eat and drink. My purpose is not to promote one of the many interpretations different Christian traditions have ascribed to the Lord’s Supper. Instead, I am making the point that whatever way a church understands the meaning of the Lord’s Supper should lead them to intentionality and purpose with regard to the timing and frequency of the Lord’s Supper.

In my Southern Baptist tradition, there is a great variety in the frequency the observance of the Lord’s Supper. In fact, a 2012 random survey of Southern Baptist pastors conducted by LifeWay Research showed that fifty-seven percent of the pastor’s churches observed the Lord’s Supper once a quarter, eighteen percent monthly and only one percent weekly. Even though it is possible that these churches all came to a conclusion regarding the meaning of and frequency for observing the Lord’s Supper, it is also possible that their practices “developed over the course of history and have been perpetuated with little reflection or rationale” (40 Questions About Baptism and the Lord’s Supper. Hammett, John S., 289). Many Baptists might point to an agreed meaning of the Lord’s Supper as being done at Christ’s command and “in remembrance.” Rather than being a means of making a regular deposit into one’s salvation, the Baptist (Zwinglian) view of remembrance may not seem to demand as much frequency. As Keith Mathison stated, “nature determines frequency” (Given for You: Reclaiming Calvin’s Doctrine of the Lord’s Supper. Mathison, Keith., 293). An alternate perspective is proposed by Southeastern Baptist Theological Seminary professor John Hammett: “If the purpose of the Lord’s Supper is solely for us to remember Christ’s sacrifice, perhaps a quarterly observance would be sufficient, through it could also be asked if we can be reminded of the cross too often. But if the Lord’s Supper is given to us as a ‘means of grace,’ by which believing hearts experience communion with Christ, are nourished spiritually, are encouraged by anticipation of the wedding feast of the Lamb, and are renewed in unity and love by partaking ‘of the one loaf’ (1 Corinthians 10:17) and recognizing the corporate body of the Lord (1 Corinthians 11:29), then such a gift would naturally be something we would desire more frequently.” (40 Question, 292-293)

Is any church healthier because it observes the Lord’s Supper less often? Has the frequency of the observance of the Lord’s Supper fallen prey to new things we have decided are more valuable? Are our deeply held traditions concerning the periodicity of the Lord’s Supper being kept for the sake of history rather than their meaning? I believe these questions should be prayerfully answered as we strive to be part of His kingdom coming and His will being done on earth as it is in heaven.

The Concretization of Spiritual Ideals
Book Review: “Word and Image: The Hermeneutics of the Saint John’s Bible,” Michael Patella