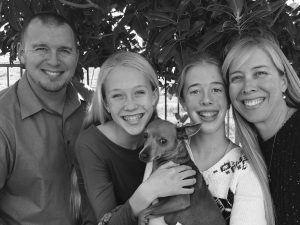 Audio Content: Dr. Rick Asche, a recent graduate of the Institute for Worship Studies and a long-time pastor, was the guest on this edition of “Ancient-Future Faith,” a radio program sponsored by Epiclesis: An Ancient-Future Faith Community. Rick has served in youth and men’s ministry, as well as a lead pastor, and more recently in junior high ministry in Lincoln, California. He recently accepted a calling to join the pastoral team at Epiclesis as Pastor of Intergenerational Discipleship. In this episode of the radio program, Rick talks generational ministry and its biblical mandates.

Click on the play button in the audio player below to hear the conversation with Rick Asche:

Rick has served the local church for the past 16 years. With over a decade in student ministry, he has also ministered as a church planter, and both a small groups and men’s pastor. Originally from the Sacramento area, Rick has served up and down the West coast, from a beach town in San Diego County, to a mountain community at the gate to Yosemite National Park, to the Portland metro area, and even across the water for a time pastoring a church in Hawaii. As a “dregs”, free-church Evangelical, Rick started becoming unsettled by what he calls the “a-historical anarchy” he was experiencing in his local ministry contexts. In 2010, Rick was introduced to Chris Alford and the Robert E. Webber Institute for Worship Studies at a Thanksgiving dinner at his uncle’s house. Currently, Rick is a doctoral student in the Omega class at IWS and working on his thesis. “I’m not sure if its God’s sense of humor or divine providence that my mentor, Chris Alford, is an “Alpha” and I’m an “Omega” at IWS….” Rick and his wife Deanne have been married for 15 years. They have 2 daughters, Aubry and Jessalyn, as well as 2 miniature pinschers, Rico and Cole.
View all posts by Rick Asche →