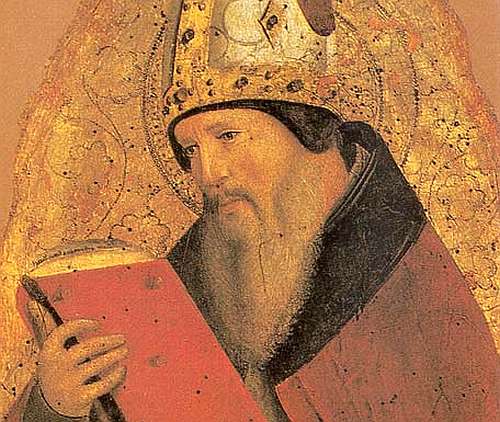 Marc Brown: Augustine’s Bible was a Latin translation. In Augustine’s time, there were several old Latin translations, commonly referred to as Vetus Latina.[1] When compared to the polished prose of writers like Cicero, none of them were particularly elegant. This quality contributed to some educated converts, such as Augustine, perceiving the scriptures as “clumsy, clunky Latin”[2] Even though the Scriptures struck Augustine as literarily unattractive, “he came not only to love the broader biblical message and the epic biblical narratives; he even came to savor the Vetus Latina’s often odd and ungainly turns-of-phrase”[3] Using these Scriptures Augustine prayed, thought, and studied Scripture in order to understand the truths of Christianity and how best to apply them to the questions and issues of daily life. As he studied the Scriptures and contemplated the meaning of piety, he came to these conclusions: ‘“Piety,’ again, is commonly understood as the proper designation of the worship of God.”[4] Concerning his understanding of piety as worship, Augustine also wrote:

The common people, too, use it of works of charity” (same) “we, on the other hand, cannot express either of these ideas by one word. This worship, then, which in Latin “servitus”, but the service due to God only.” We cannot express these things in one word, but call it the worship of God – this, we say, belongs only to that God who is the true God.[5]

Augustine’s piety is ultimately about worshiping the one true God – both in the gathered assembly and through the words and actions of everyday life. One of the main congregational benefits of corporate worship is gaining Christian formation through instruction and the most basic mode of this instruction came through preaching. For Augustine, preaching and piety are forever linked.

He’s in the Lord’s Army
60 Seconds with Robert Webber: How Should We Do Theology?