A blessing is a circle of light drawn around a person to protect, heal, and strengthen. –John O’Donohue, Irish poet & priest (1956-2008) 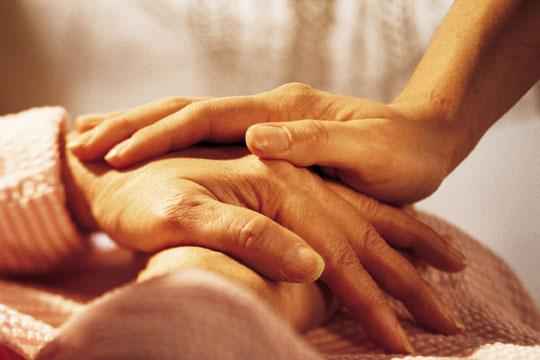 Will you offer the blessing?  We hear this phrase often at mealtime, even perhaps daily. If we pause to consider, though, we realize that blessing is not only connected to meals. Throughout the Bible, blessing is connected to belonging.[1] Our common speech patterns, however, do not imply belonging when we are quick to say “Bless his heart” or “Lord, bless her” when speaking of a personality flaw in someone. Instead, we are covertly lying to hide the disdain we feel under the surface.  Thus, we have twisted the biblical meanings what it is to bless; blessings are to be prayers for deliverance and a “made-new worldview” as we bless in Jesus’ name, our Deliverer.

The Old Testament uses nine different meanings of the term “bless” including greeting/leavetaking in peace, prevailing power over enemies, wisdom, prosperity, benediction, transfer of power, respect, praise, and thanksgiving.  In the New Testament, Christ embodies these, and blesses into belonging both young and old in His ministry. Jesus’ last earthly act was blessing (Luke 24:51)—a ministry for more than church staff, but rather for all Christ’s followers to continue.

[1] Claus Westermann, Blessing in the Bible and the Life of the Church, trans. Keith Crim (Philadelphia: Fortress Press, 1978), 19.

Want to read the rest of Connie’s wonderful work? Please click the “Read More” link below.

END_OF_DOCUMENT_TOKEN_TO_BE_REPLACED

Continue Reading 0
By Ellen Koehler on February 8, 2018 in

In this episode of Ancient-Future Faith, guest Ellen Koehler (right) was in the studio to talk about an upcoming Lenten series at Epiclesis (an Ancient-Future Faith Church in Sacramento, CA) on the Psalms. Based partly on the work of theologian Walter Brueggemann, the 5-session study will look at how the psalms– what Dietrich Bonhoeffer called “the prayer book of the Bible”– speak to every season of our lives.

Continue Reading 0
By Donald Richmond on September 28, 2016 in Uncategorized 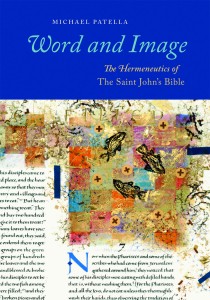 With a new millennium fast approaching, the monks at Saint John’s Abbey, Collegeville, asked themselves about what they could do to celebrate this event and honor God. In keeping with their monastic history, they decided that they needed to commission an illuminated Bible, written and illuminated entirely by hand on parchment. In doing so, they wanted to “find something that could draw upon the fifteen-hundred-year-old Benedictine tradition while simultaneously vivifying the Christian imagination in its service to the future” (p. xi). Their stated goals, among others, were “to glorify God’s word” and “to foster the arts” (p. xi).

Art for art’s sake is a dubious enterprise. Art in the service of Liturgy can be exceedingly dangerous. Utilizing the arts for liturgical purposes poses theological, aesthetic, historic and contemporary difficulties that cannot be superficially resolved. Upon deciding to commission an Illuminated Bible, the monks at Saint John’s Abbey determined to take the more dangerous path. And, in spite of some of my own hesitations, I am very glad they did.

Word and Image: The Hermeneutics of the Saint John’s Bible examines the principles used in preparing and providing a new Bible for a new millennium. Patella’s use of the word “hermeneutics,” as might be imagined, roots the Visio-Divina of The Saint John’s Bible to the ancient monastic model of Lectio-Divina. As such, and as clearly stated in the text, it embraces an ancient / future approach. Patella’s text is broadly divided into four, very capably presented (and beautifully illustrated), parts:

END_OF_DOCUMENT_TOKEN_TO_BE_REPLACED

Continue Reading 0
By Donald Richmond on August 2, 2013 in Miscellaneous 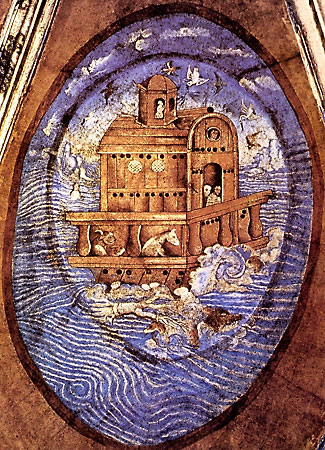 I believe it was C. S. Lewis who said that he loved the Church, but he hated the people who were in it. Maybe, at least on some level, you share his sentiment. To be quite honest, I certainly do.

In fact, I have recently been so very upset by both Church and churchmen that I wrote the following poem about my experience and feelings.

AND GOD SHUT HIM IN

And, after all,
God shut him in

In with the seven
and other beasts

where amid frayed nerves
pigs and piss

And, after all, the Church is a ship
God shuts us in

In with all the other
chosen animals

for the Dove’s return.

Please accept my apology for any offensive language but, notwithstanding, this seems to be how I (and many others) experience the Church. It is not (to borrow from a congregation in which I served) a “safe place for those seeking God.” In practice, it is quite an un-safe place.

Of course it could be argued that not all churches are this way, and that this is decidedly not God’s intention. Nevertheless, it is as it is and it is far-too frequently a substandard excuse for Christian community. If the Church was not Christ’s idea, God’s idea, the place where the Holy Spirit currently dwells among humanity, I would abandon it (not Christ!) all together. (And, to be sure, the issue of Christ without Christianity is a huge question and issue.)

But this is nothing new. Even the primitive Church, as seen in the Acts of the Apostles, had its problems. The Bible is realistic in its outlook and assessments, as was Saint Benedict in his Rule. Both recognize the problems associated with living in community, problems that are not easily navigated.

How do we “answer” the problems of the Church; this (at times) unsafe place among unsafe people —- which God has established as “One, Holy, Catholic and Apostolic” and in which reside the Sacraments? There is only one, exceptionally difficult, solution: Commitment. We must commit ourselves to the Church and do our part in order to make it a better place, a safer place, a place where God’s great love radiantly shines in, through and beyond us.

The great liturgical scholar, Alexander Schmemann, has said that when we experience an inordinate disappointment in the Church it is likely we have fallen into some form of idolatry (The Journals of Alexander Schmemann, Saint Vladimir’s Seminary Press). The Church may seem like our Lord’s very bad idea —- but, as its expectations cut against self-centeredness, is it really such a bad idea?