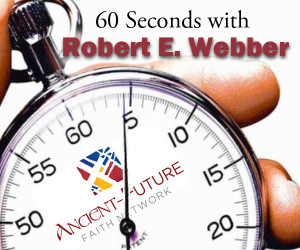 Audio Content: Check out this edition of 60 seconds with Robert E. Webber, a regular feature here at the AFFN. This audio clip picks up with Bob talking about the fallout from his controversial Wheaton Chapel sermon, the prayer intervention from colleague Leanne Payne, and the first time he went to an Episcopal church.

Look for more installments of this regular feature, and don’t forget that there are full-length audio resources featuring Robert Webber from time to time here in The Abbey. Materials appear for a short while there, then are archived in our growing Knowledge Base.  END_OF_DOCUMENT_TOKEN_TO_BE_REPLACED

Audio Content: We’re back with another installment of “60 Seconds with Robert Webber,” a regular audio feature here at the Ancient-Future Faith Network. In this episode, Bob is talking more about the immediate fallout of his famous Wheaton Chapel sermon and his subsequent first visit to a liturgical church. He remembers the deep impact the Eucharist had on his spirit, and then shares a word from Hippolytus about being confirmed in the truth.

Look for more installments of this regular feature, and don’t forget that there are full-length audio resources from time to time featuring Robert Webber here in The Abbey. Materials appear for a short while here, then make their way to our growing Knowledge Base.

Audio Content: Here’s another edition of “60 Seconds with Robert Webber,” a regular audio feature here at the Ancient-Future Faith Network. In this installment, Webber gives an off the cuff comment about the problem with his seminary education (This came after he wondered aloud if anyone in the audience wanted to “admit or talk about the fact that it takes years to get over your seminary education.” No one did).

Look for more installments of this regular feature, and don’t forget that there are full-length audio resources featuring Robert Webber here in The Abbey. Materials appear for a short time there, then make their way to our growing Knowledge Base.

END_OF_DOCUMENT_TOKEN_TO_BE_REPLACED 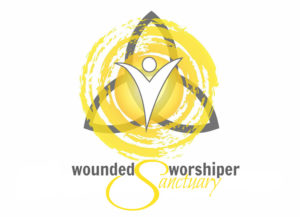 Audio content: AFFN member Jennifer Clayton was the guest for this edition of “Ancient-Future Faith” and she talked about the launch of a new ministry. Dr. Clayton is the founder and director of the “Wounded Worshiper Sanctuary” (you can find more information about the ministry in the AFFN Marketplace) and, most especially, about the inaugural retreat set for August in Sacramento, California. Along the way, Jennifer also talked about her lifetime of service and work in the church and God’s calling on her life to care for those who have been wounded in their own service there. END_OF_DOCUMENT_TOKEN_TO_BE_REPLACED 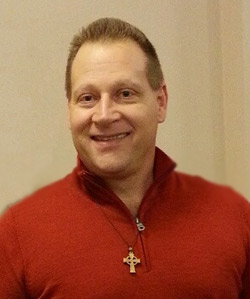 Audio Content: AFFN member and church planter Rev. Jon Aamodt was the guest for this edition of “Ancient-Future Faith” and talked about what ministry looks like in an Ancient-Future context. His church, called “Sojourn,” is in the Western suburbs of Portland is intentional about prayer and in asking God for what Jon calls “divine appointments” through the week. (Ever had your hair cut by a “Christian witch”? Jon has, and he talked with Chris Alford about the challenges and opportunities of ministering in Portland).

END_OF_DOCUMENT_TOKEN_TO_BE_REPLACED

Audio Content: Time for another installment in our regular feature here at the AFFN called “60 Seconds with Robert Webber.” In this audio clip, Bob talks about the story in which worship is rooted. Suffering? Incarnation? Restoring, renewing, and recreating the world? It’s all part of the story worship must tell.

Look for more installments of this regular feature, and don’t forget that there are full-length audio resources featuring Robert Webber here in The Abbey. Materials appear for a short time there, then make their way to our growing Knowledge Base.

END_OF_DOCUMENT_TOKEN_TO_BE_REPLACED 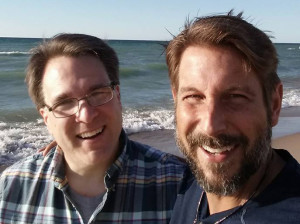 Audio Content: AFFN Board Member Dr. Carl Peters recently accompanied Chris Alford on a trip to see Joanne Webber at her Bethany Beach home in Sawyer, Michigan. She had invited the pair to unpack and reorganize a storage unit full of the late Robert E. Webber’s books and resources. Joanne (also a fellow AFFN board member) had not especially been looking forward to what was a daunting task, but the result was a catalog and inventory of a host of treasures that will soon be available on the Ancient-Future Faith Network website.

Some of the items will be exclusive to the AFFN, and there are plans to digitize and make available audio-visual resources that have not been seen or heard in many years. Look for those items in the AFFN store and Knowledge Base (coming fall, 2015), and also available to Contributing Members in The Abbey.

One more note: Along the way, Chris and Carl took some time to do a videotape interview of Joanne and briefly stopped by Bob’s final resting place just down the road from their home. Look for the interview with Joanne coming soon. It was a great week on the shores of Lake Michigan (And though the fellows hear that the weather was nice while they were there, they only saw the inside of a storage locker).

Click the play button below to hear the interview Chris did with Carl for the Ancient-Future Faith Radio program about their week in Sawyer titled “Unpacking Robert Webber:” 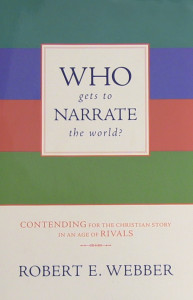 Audio Content: The theme of narrative, or God’s story, was frequently on Robert Webber’s mind in the last couple of years of his life. You see and hear shapes and echoes of it in his lectures and workshops, the language of “The Call to an Ancient-Evangelical Future” (and especially in the extensive, private discourse he had with its many editorial board members) and, of course, in his final book, Who Gets to Narrate the World? Contending for the Christian Story in an Age of Rivals.

But you may not know that one of his final public appearances, and perhaps his final sermon, was titled “Who Gets to Narrate the World?” Given on August 13th, 2006, at the historic Bethany Beach Tabernacle in Sawyer, Michigan, Bob appeared on the Christian Community’s schedule of guest speakers. And it was a venue with which he was quite familiar: Bethany Beach, on the Southeastern shores of Lake Michigan, was the location where Bob and Joanne spent much time in the summers and, eventually, lived for over 25 years.

In the sermon (given on the Community’s “College Sunday”), Bob talks humbly, and passionately, about what he calls the “most pressing issue of our day.” He walks through the secularization of Western society, the culture of narcissism, and narratives new and old vying for cultural dominance. Bob tells, in his own words, the sweeping story of a personal God involved in His creation. Then, unpacking a passage from 1 Corinthians, he reflects on how Paul reminds his readers how Christianity narrates the world by “Christ reconciling the world to Himself.”

Access to the audio file is presented here (below) for Contributing Members of the Ancient-Future Faith Network. Please also find an informal, family photo of Bob taken at Bethany Beach. Click on the play button in the audio player below to hear the sermon:

END_OF_DOCUMENT_TOKEN_TO_BE_REPLACED

Audio Content: Join Chris Alford for an interview with AFFN Contributing Member Jon Aamodt as they talk about Sojourn, an Ancient-Future church start in Portland, Oregon. The founding pastor of the church, Jon also shares his thoughts about what makes Sojourn Ancient-Future, what Millennials in Portland seem to be looking for, and the value of the Ancient-Future Faith Network.

END_OF_DOCUMENT_TOKEN_TO_BE_REPLACED

Audio Content: AFFN Member Duane Arnold was the guest for this edition of “Ancient-Future Faith,” a radio program sponsored by Epiclesis: An Ancient-Future Faith Community. Join Chris Alford as he talks with Duane about a lifetime of service to the Church. As a writer, Arnold has authored nine books and numerous articles for scholarly journals. Certain of his works in the study church history have become standard references in their field. His volume, Prayers of the Martyrs (foreword by Madeline l’Engle) has been translated into nine languages.

In this interview, Dr. Arnold talks about the “Martyrs” book, plus his work with many Christian music luminaries in producing a critically-acclaimed recording of new musical settings of many of the prayers featured in that volume. 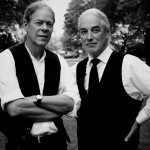 One more note: Duane and his musical partner and fellow AFFN Contributing Member, Michael Glen Bell (right), will be performing selections from their newest musical collaboration at the June, 2015, gathering of the Ancient-Future Faith Network in Ambridge, PA.

Click on the play button in the audio player below to hear the interview with Duane: